Johanson History and Our Visionary Founders

The story of Johanson is like many stories of the American Dream that so many achieved in the 20th century.

John Enoch Johanson came to America from Sweden with $14 and a pocket bible. He immediately found work on the loading docks in New York to survive. He was fascinated by radio technology and learned all he could about radios in his free time. Radio technology was cutting edge at the time. He was later invited onto a team that developed the first ever radio station in the US and his career in radio began.

As the Nazi Third Reich was marching across Europe, the US War Department called on radio engineers to propose designs for radios that could be used in airplanes. John’s team was one of three groups to win the contract and they setup a factory near John’s home in Boonton, NJ. The company was called “Aircraft Radio” and their radios were first used in the planes the US sent to Britain to repel the Nazis during the Battle of Britain before the US entered the war.

John got to know many important people including General Doolittle. Doolittle was a brave aviator and pushed the limits – most well-known for his air raid on Japan after Pearl Harbor where he flew Army B-25B bombers from aircraft carriers. A less well-known feat of Doolittle’s was the first ever instrument only takeoff and landing which he did on Aircraft Radio’s airfield.

Eventually, the War came to an end and the demand for radios disappeared. Aircraft Radio closed and the Johanson family drifted into poverty, often struggling to put food on the table. John got the idea one day to utilize some of the precision cutting machines from Aircraft Radio to make lice combs. The lice combs were the first product from Johanson Manufacturing Corporation. 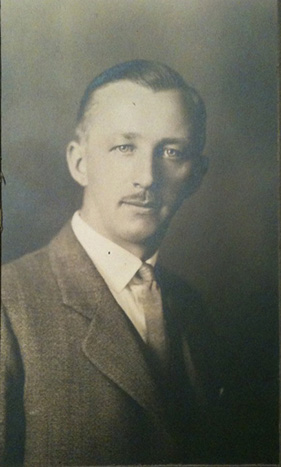 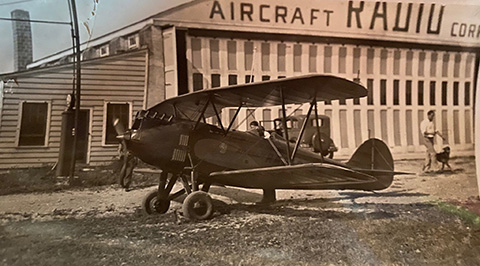 The precision machining of the combs soon evolved to precision connectors, screws, and other tight tolerance tools. Johanson Manufacturing grew.

John retained his interest in radio and remembered the difficulty his team experienced in getting reliable and accurate capacitors during the war. John devised a way to produce an adjustable capacitor using precision mechanical components. The air trimmer capacitor was born. Johanson Manufacturing began to focus on this trimmer capacitor technology.

These air capacitors were comprised of two metal plates affixed to a screw that used and air dielectric to achieve the capacitance and could be adjusted along the screw to reach the desired capacitance. This allowed tuning of high frequency circuits. Johanson made further innovations by adding ceramic blocks in between the metal plates which allowed for more capacitance in less space and the ceramic capacitor trimmer technology was born.

John believed in electronic accuracy through mechanical precision. He preached this idea and his company prospered.

John’s little boy, Eric, grew up and was involved in the business. Eric worked in all areas of the business and developed a broad base of knowledge about the trimmer capacitors. This naturally led to involvement with customers and sales support. While on a sales trip to California, Eric was introduced to a company that was working on capacitors that utilized a new technology called surface mount. These multilayer ceramic capacitors (MLCCs) didn’t need screws and were easy to use in reflow soldering applications.

Eric became fixated on this new technology. He had a vision that this new technology would dominate the capacitor market. He could see the value and pending future demand for this new surface mount technology. He felt that it was imperative that Johanson move in this direction. His vision, developed in the early 1970s, turned out to be exactly on target as more than 1 trillion MLCCs are now produced annually around the world.

The Transition to MLCCs

Eric’s vision was very different from the board of Johanson Manufacturing. After much discussion and debate, they agreed to split off the California company and leave it as a standalone business owned and managed by Eric; thus, the two companies and the family fractured. The California business became Johanson Dielectrics. This business flourished and grew substantially during the 1980’s.

In the late 1980’s, Eric and his Chief Engineer, John Petrinec, discussed the growth in the RF and microwave electronics market. The two shared a vision of the pending substantial growth in RF and microwave MLCCs. This was a second important vision that Eric acted on.

Johanson companies prospered during the 1990s.

Eric had a third important vision in 1990. Eric realized that China would be a manufacturing powerhouse a decade before most realized this fact. With the two US companies on a growth path, Eric created a joint venture in China – he was a pioneer in developing strong relationships in China and developing Chinese factories. He was so successful that he was awarded honorary Chinese citizenship and the Chinese Friendship Award.

Eric’s son, Kurt, worked in many facets of the Johanson Factory, including Quality Assurance Manager, and outside traveling with the sales team. Kurt even spent two years living in Hong Kong supporting Asia sales. Kurt learned the business inside and out.

In 2002, Eric made what turned out to be a fourth visionary decision at the urging of John Petrinec. This was to invest heavily in the integrated passive component (IPC) and chip antenna market. Johanson drove the development of new RF components in the 400MHz to 10GHz range. This was a further commitment to RF and microwave industry. This IPC and Antenna business now contributes a substantial amount of the corporate revenue.

Eric Johanson passed away in 2020. He is dearly missed.

The baton has been picked up by Eric’s son, Kurt. Kurt brings a new intensity and modern vision in leading these companies forward. Together Kurt, as Chairman, and John Petrinec, CEO of both Johanson companies, have a shared vision for the future of these companies and are driving continued business growth and the development of new and innovative products.

“Johanson has and will continue to be a leader in the application of advanced material science. In our history we have been on the forefront for the development variable capacitors, surface mount capacitors, high Q factor capacitors, high voltage safety capacitors and many more. Most recently we have been a leader in the development and design of integrated passive components as well. Our role will be to continue to find solutions to the ever-changing needs of our customers through our mastery of passives. We feel we have been one of the best kept secrets in the electronic component market and we are looking to change that narrative by becoming an invaluable business and technology partner to our customers.”